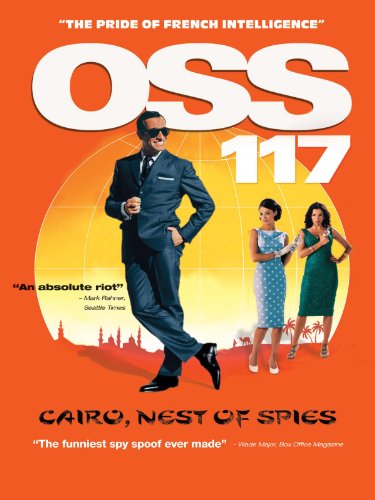 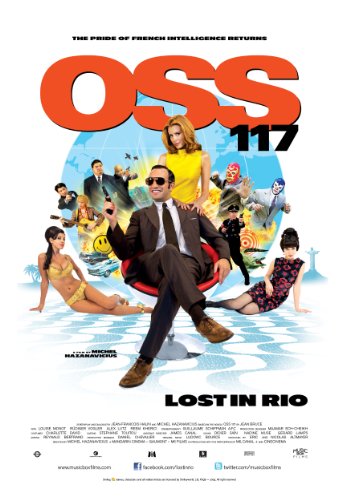 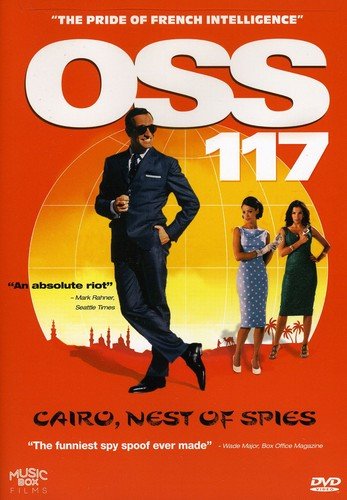 A box-office sensation in France, comic star Jean Dujardin stars as secret agent Hubert Bonisseur de la Bath, a.k.a. OSS 117 who in the tradition of Maxwell Smart and Inspector Clouseau somehow succeeds in spite of his ineptitude. After a fellow agent and close friend is murdered, Hubert is ordered to take his place at the head of a poultry firm in Cairo. This is to be his cover while he investigates Jack's death, monitors the Suez Canal, checks up on the Brits and Soviets, burnishes France's reputation, quells a fundamentalist rebellion and brokers peace in the Middle East. A blithe and witty send-up not only of spy films of that era and the suave secret agent figure but also neo-colonialism, ethnocentrism and the very idea of Western covert action in the Middle East. 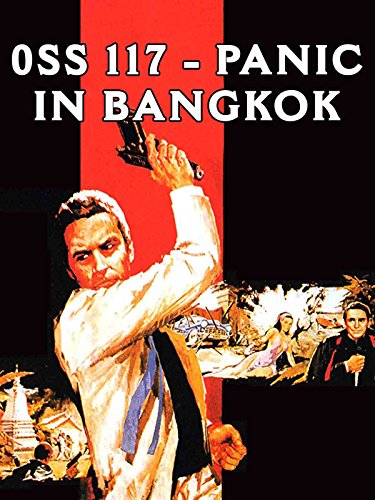 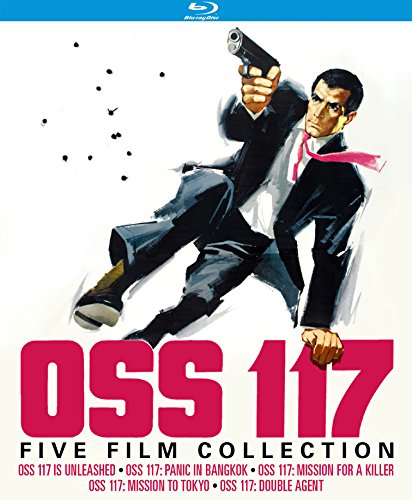 Hubert Bonisseur de La Bath, alias OSS: 117, first appeared in the 1957 film OSS 117 n est pas mort (OSS 117 Is Not Dead). After the highly successful 1962 release of Dr. No, the character was brought back into action in the 1963 film OSS 117 se déchaîne (OSS 117 Is Unleashed) starring Kerwin Matthews (Jack the Giant Killer) as the suave secret agent, the first of the 5 films in this beautifully restored collection and co-starring Irina Demick (The Sicilian Clan). A year later Matthews returned as OSS 117 in the 1964 film Banco à Bangkok pour OSS 117 (OSS 117: Panic in Bangkok) which co-starred Robert Hossein (Cemetery Without Crosses) and Pier Angeli (The Silver Chalice). In 1965 Frederick Stafford, the star of Hitchcock s Topaz, took over the OSS 117 role in the film Furia à Bahia pour OSS 117 (OSS 117: Mission for a Killer) and reprised the role in the 1966 film Atout coeur à Tokyo pour OSS 117 (OSS 117: Mission to Tokyo). After a one-year hiatus OSS 117 returned in the 1968 film Pas de roses pour OSS 117 (OSS 117 - Double Agent) starring John Gavin (Psycho, Spartacus) as the deadly agent with Curt Jurgens (Karl Stromberg of The Spy Who Loved Me), Margaret Lee (Secret Agent Super Dragon), Luciana Paluzzi (Fiona of Thunderball), George Eastman (The Unholy Four) and Robert ... 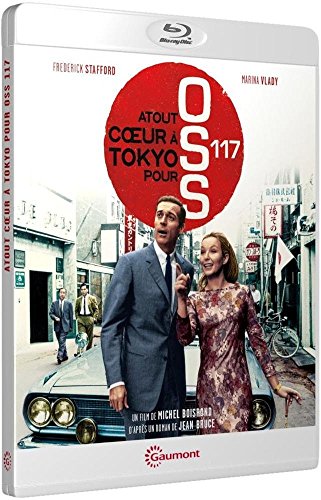 France released, Blu-Ray/Region A/B/C : it WILL NOT play on regular DVD player. You need Blu-Ray DVD player to view this Blu-Ray DVD: LANGUAGES: French ( DTS-HD Master Audio ), French ( Mono ), English ( Subtitles ), French ( Subtitles ), WIDESCREEN (2.35:1), SPECIAL FEATURES: Cast/Crew Interview(s), Interactive Menu, Scene Access, SYNOPSIS: US 24, an American Navy base in a small island in the Pacific, is annihilated. Hubert Bonisseur de la Bath, a French aristocrat that is also a secret agent, OSS 117, is sent to Tokyo to investigate who did it. Soon, he finds out that a cypher girl in the American embassy had passed vital information to a Japanese gang. Eva Davidson confesses to him that she did that under cohertion, and is now ready to cooperate. OSS 117 will pretend to be Eva's husband, to better cover the contacts between her and the gang that is pursuing more information about a second naval base. Each step is a battle for his life, and he suspects that Eva may have not tell the whole truth. ...Mission to Tokyo ( Atout coeur à Tokyo pour O.S.S. 117 ) ( OSS 117 - Terror in Tokyo ) 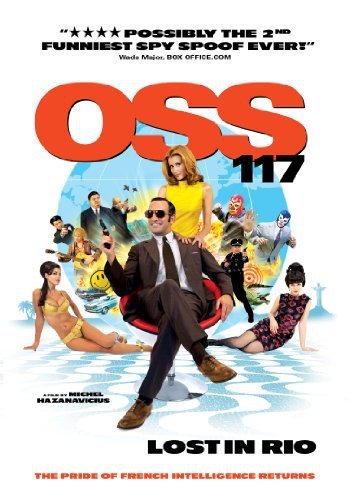 The pride of French intelligence, Hubert Bonisseur de la Bath -- code named OSS 117 -- has a new mission that takes him to the Bossa Nova Brazil of the 1960's. Teaming up with a sexy Mossad agent he has to capture a Nazi blackmailer with an embarrassingly long list of World War II French collaborators. With a jubilantly retro score and production design along with flair for 1960s era cinematic vocabulary, the filmmakers again have the perfect man to send up Western arrogance, French chauvinism and bigotry in general with biting satire and scathing wit. 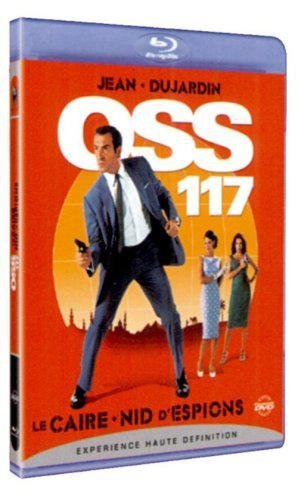 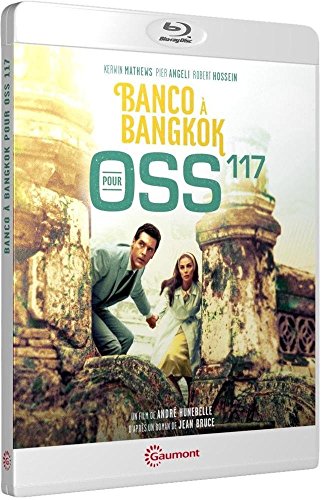 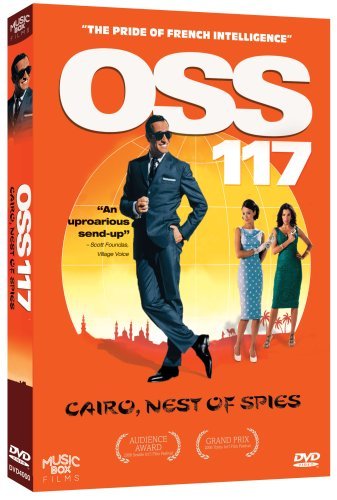 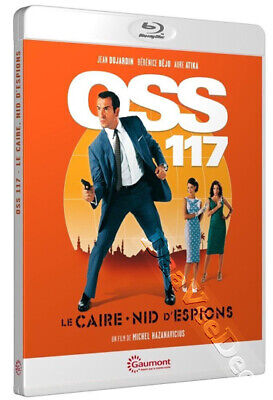 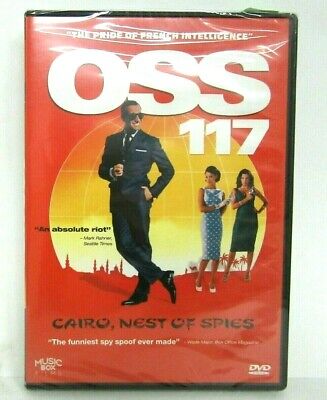 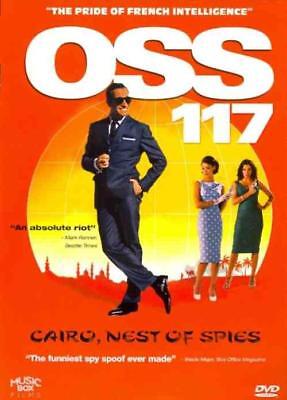 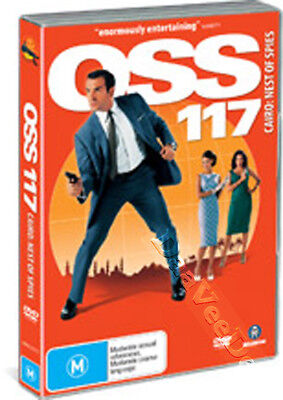 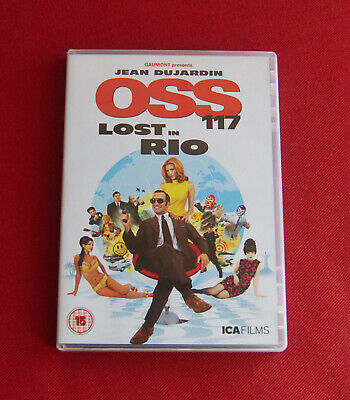 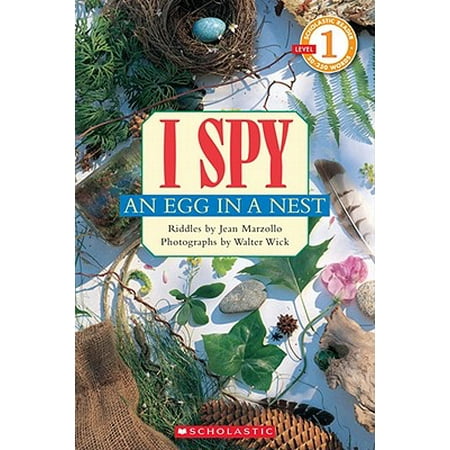 I Spy an Egg in a Nest : Scholastic Reader Level 1 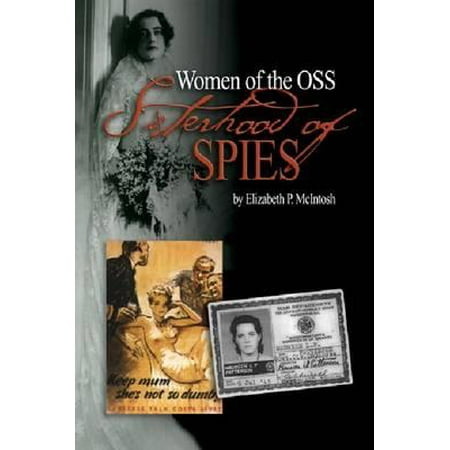 Sisterhood of Spies : The Women of the OSS 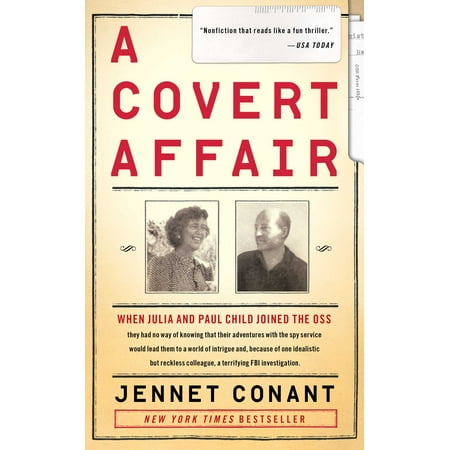 A Covert Affair : When Julia and Paul Child joined the OSS they had no way of knowing that their adventures with the spy service would lead them into a world of intrigue and, because of one idealistic but reckless colleague, a terrifying FBI investigation.