way to be gordon b hinckley

Gordon B. Hinckley's Six B's: A Prophet's Counsel and Prayer for Youth

Preparation of Gordon B. Hinckley: Forget Yourself and Go to Work 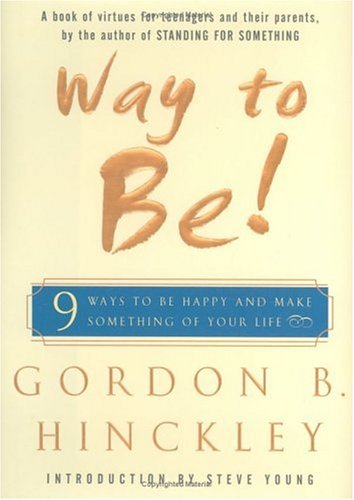 Way to Be!: 9 ways to be happy and make something of your life

From one of the world's foremost spiritual leaders, an inspiring book that provides young adults and their parents with a game plan for leading a better life. This inspiring, upbeat, life-affirming book shows teenagers and their families how to navigate through the moral minefields of contemporary life and how to truly enjoy the opportunities and blessings that the modern world has to offer. Drawing upon his faith as well as his personal experience, Gordon B. Hinckley provides his readers with a game plan for discovering and embracing the things in life that are valuable and worthwhile. He shows how our lives are shaped by the decisions we make every day about personal behavior -- and he shows how to make the right decisions with the help of nine guiding principles. With its vivid anecdotes, invaluable precepts, and timeless wisdom, Way to Be! will be a source of both inspiration and practical advice for young people everywhere who want to lead better, fuller, more satisfying lives. 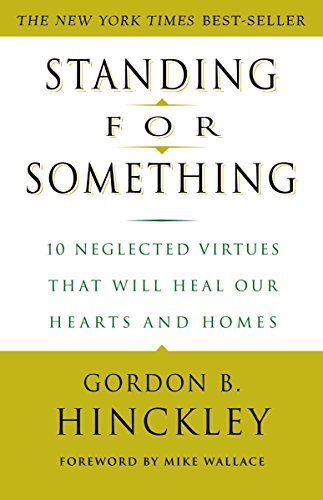 Standing for Something: 10 Neglected Virtues That Will Heal Our Hearts and Homes

In this national bestseller, the president of The Church of Jesus Christ of Latter-day Saints, Gordon B. Hinckley, has created a classic look at the values that can change our world--and how to stand up for them. Drawing on anecdotes from his much-admired life of faith and service, as well as examples from American culture today, he examines ten virtues that have always illuminated the path to a better world: love, honesty, morality, civility, learning, forgiveness and mercy, thrift and industry, gratitude, optimism, and faith. He then shows how the two guardians of virtue--marriage and the family--can keep us on that path, even in difficult times. Standing for Something is an inspiring blueprint for what we all can do--as individuals, as a nation, and as a world community--to rediscover the values and virtues that have historically made us strong and that will lead us to a brighter future.

Stand a Little Taller: Counsel and Inspiration for Each Day of the Year

President Gordon B. Hinckley has asked Church members to 'make each day a little better than the one before.' This beautiful collection of thoughts from President Hinckley for each day of the year, paired with a verse of scripture, is certain to motivate and inspire us in that pursuit. Containing 365 quotations and scriptures for daily reading, its small carry-along size will fit in a purse, briefcase, or backpack. It's also an excellent resource for family home evenings, gospel lessons, talks, or personal study. Sit quietly for just five minutes each day and be inspired by timeless, profound thoughts on such topics as faith, family relationships, the power of prayer, self-improvement, temple worship, and eternal life. In an age of information overload, these bite-sized pieces of wisdom and advice will serve as a balm to the mind and a daily guide for the soul. 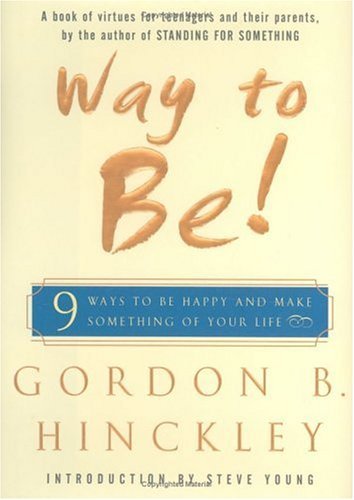 Signed By President Gordon B Hinckley, Way to Be! 9 Ways to Be Happy and Make Something of Your Life 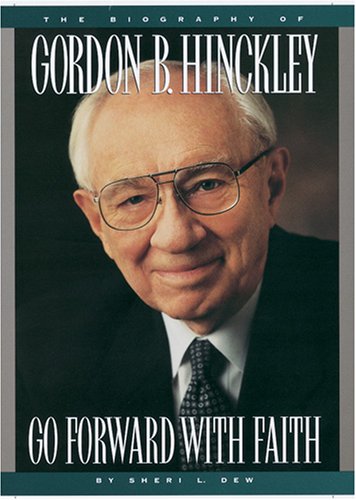 Go Forward With Faith: The Biography of Gordon B. Hinckley

You can always tell when you study the life of a prophet that the Lord has had His hand in his life from the beginning, says Sheri Dew, author of Go Forward with Faith. She also wrote the first biography of Ezra Taft Benson. President Hinckley made his own time available for interviews and feedback and allowed Sheri to interview his family, personal friends, and colleagues, including both of his counselors in the First Presidency and each member of the Quorum of the Twelve Apostles. He also made available personal writings, including talks, records, and journals, as well as personal and family photographs. He is a wonderful human being, and he happens to be a wonderful human being whom the Lord has tutored, and trained, and refined, and molded for this day, testifies Sheri Dew. 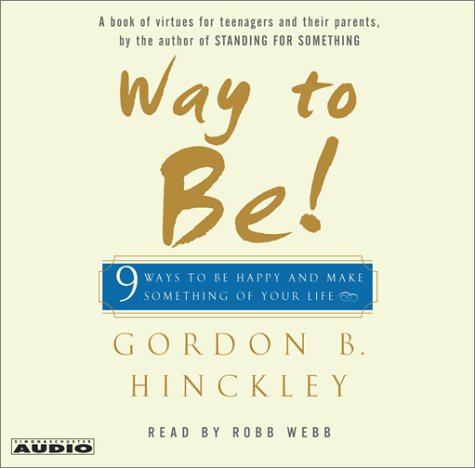 Way to Be!: 9 Rules For Living the Good Life

Provides a template of nine suggestions for achieving happiness and success: be grateful, be smart, be involved, be clean, be true, be positive, be humble, be still, and be prayerful. 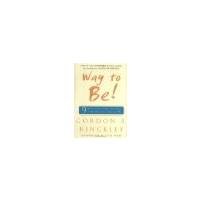 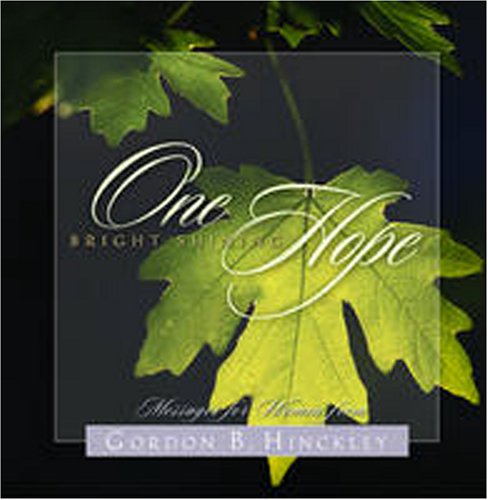 "When you save a girl, you save generations. I see this as the one bright shining hope in a world that is marching toward moral self-destruction," writes President Gordon B. Hinckley. Heavenly Father treasures His daughters and through His prophet has encouraged them to be a force for good in the world. President Hinckley's words of encouragement and counsel to women are paired with beautiful visual images in this lovely gift book. A perfect companion volume to Sister Hinckley's Small and Simple Things, this book is a thoughtful reminder to women everywhere of how much God loves and needs them. 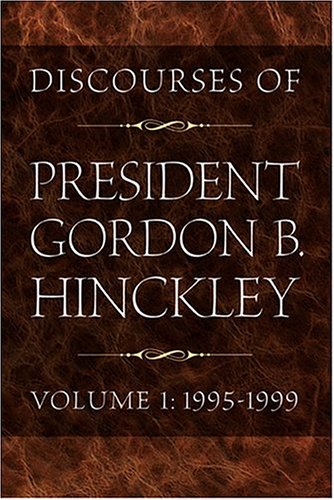 Rare glimpses into the living prophet’s ministry among the people Follow President Gordon B. Hinckley from the set of 60 Minutes to an obscure chapel in Ghana, from a missionary meeting in Veracruz, Mexico, to a branch fireside in Hanoi, Vietnam. Witness for yourself the fulfillment of President Hinckley’s wish, expressed in the October 1995 general conference: "I have a desire to get out with the Latter-day Saints across the world, to look into your faces, to shake your hands wherever possible, to share with you in a more personal and intimate way my feelings concerning this sacred work, and to feel of your spirit and your love of the Lord and His might cause." This landmark volume includes: · 78 addresses, many never published before · Excerpts from press interviews · Index for handy reference · A wealth of prophetic counsel in one source 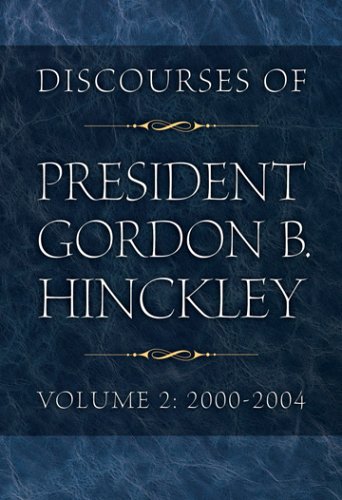 Ten years ago, Gordon B. Hinckley became the fifteenth President of The Church of Jesus Christ of Latter-day Saints. Beloved for his sound counsel, his far-reaching vision, his ease with the media, and his sense of humor, President Hinckley has traveled the world over, addressing huge audiences and small congregations. This volume gathers a marvelous sampling of those addresses, including all his general conference addresses from the second five years of his ministry as prophet, many additional talks selected from his travels, and speeches delivered to the general public. This landmark collection takes readers from Manhattan to Madrid, from Guam to Ghana, and also features talks from several historic satellite broadcasts, including the 175th anniversary of the restoration of the priesthood and the 125th anniversary of the Primary. Particularly poignant are the addresses given on September 11 and 14, 2001, when the United States was reeling from the attacks on the World Trade Center and the Pentagon. Truly, in such troubled times, the greatest comfort comes from knowing we are led by a prophet of God! 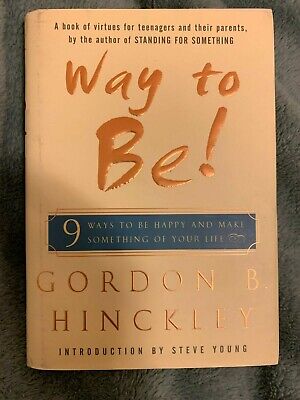 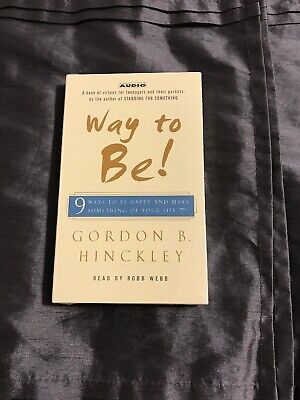 Way to Be 9 Rules for Living the Good Life by Gordon B. Hinckley 2002 Hardback 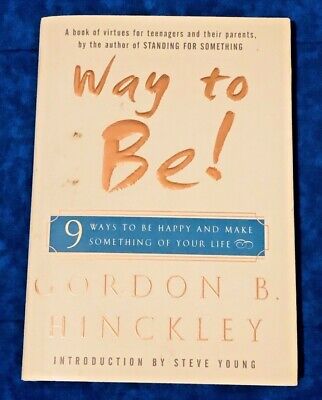 Way to Be!: 9 Ways to be Happy and M... by Hinckley, Gordon B. Other book format 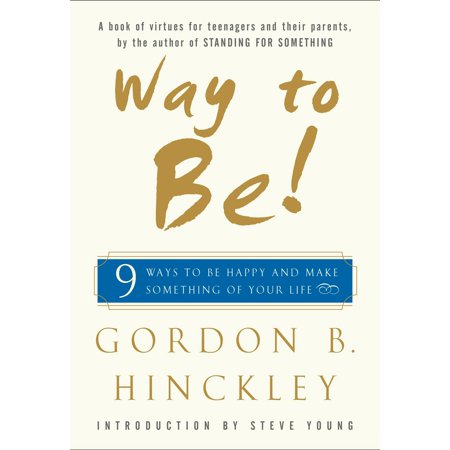 Way to Be! : 9 Rules For Living the Good Life 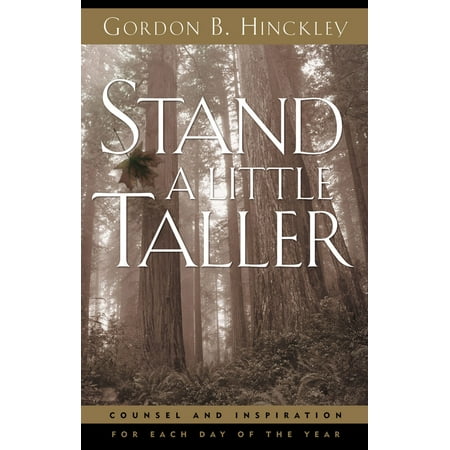 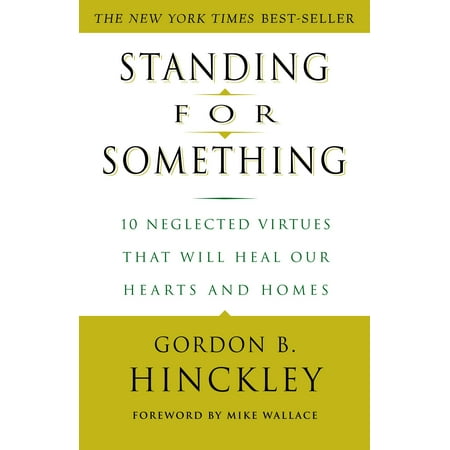 Standing for Something : 10 Neglected Virtues That Will Heal Our Hearts and Homes